Molenvliet Wine Estate I Elsa & Bernhard's Wedding I Part One

Elsa and Bernhard's wedding was one of those weddings that is impossible to describe in only a few short paragraphs. We've written and ctrl+alt deleted our attempts three times. Their wedding was incredible.

We are photographers, not writers, which is why we prefer to tell a story through pictures.
It's the way our brains work.
But we're not gonna do the whole 'the pictures are worth more than a thousand words' thing either because that's just lame ;)

Instead here's a list of awesomeness, which should give you a good idea. :)

Be sure to check back tomorrow for Part Two! 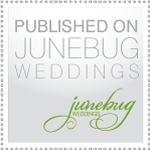